Our client, United Utilities, is the “go-to” supplier of water to the North-West of England, with a contact centre based in Cumbria that is dedicated to managing billing enquiries, payments and account information.

At this time, United Utilities were experiencing a decline in agent “call quality scores” based on internal coaching assessments. The downward trend required a re-imagining of the learning material both for immediate interaction and sustainable improvement.

“Keeping Customers at the Heart” was the title of the programme that Davies Learning Experiences developed for United Utilities. This customer-centric mindset shift was the foundation on which all programme components were based. It was vital to the success of the programme that the principles of accelerated learning were followed to ensure agents learned as much as possible during the formal learning interaction. With participants being from a wide range of age groups, the material was crafted in a way that made engagement fun and interactive for all.

Davies Learning Experiences embarked on a two-day, on-site analysis to understand the roles and the training needs fully. An accelerated learning programme called ‘Pulse8’ was conceived which took the ‘Heart’ concept into a new medical theme. The focus of Pulse8 was the eight skills and behaviours crucial to customer service, these included: Listening, Confident Communication, Ownership, Proactivity, Initiative, Rapport, Accuracy and Respect.

At Davies Learning Experiences, we pride ourselves on learning innovation and this was the case with our United Utilities programme design. The standard PowerPoints were banished; learning was created and reviewed using printed jigsaws, recorded audio, creating posters, unscrambling anagrams and competitive team quizzes instead.

The listening exercises were ”gamified” and involved participants working in pairs, with one person holding a stick on which to spin a coloured plastic plate, and the other person reading a set of non-work-related facts from a list. After three minutes of listening (and plate spinning), the spinner would be given two minutes to recall as many facts as they could and was awarded one point for every fact they accurately recalled. A note would be made of the score before the pair would change roles and begin again with a different fact card.

This exercise was both memorable for the learners and directly related to building the skills of listening, communication and accuracy (three of the crucial customer service skills identified in Pulse8). Participants could experience firsthand that ”listening to the customer” was their priority and system navigation was secondary.

Following the completion of the programme, the target of a 20% increase in call quality was exceeded with agents consistently scoring 100%. Follow-up coaching over the coming months ensured this was sustained and the new learning became embedded for new joiners and maintained for existing agents.

• “Two of our team members have attended Pulse8 this week and have said they feel a real benefit and said they feel a lot more confident handling calls. I have done two side-by-side call qualities on each of them this afternoon and have seen a massive improvement, they both scored 100% twice and seem to have a new outlook and really positive attitude.”

• “I have just completed three side-by-side call qualities on one of our team members and they scored three consecutive 100%! This is an amazing achievement for them – also two out of the three calls were not standard queries and ones I would class in the more difficult call category, which they handled well.”

“Based on my initial observations, evaluations and feedback, the design of the Pulse8 course and delivery by Davies Learning Solutions have both met and exceeded my requirements.”

The “Keeping Customers at the Heart” theme created a culture and mindset shift at United Utilities that yielded measurable business results. The eight skills and behaviours of the Pulse8 programme became embedded into the United Utilities’ ways of working and was rolled out to an additional 5000 employees across the organisation.

Want to find out more?

Lee Russell is the Head of Client Solutions and welcomes you to schedule in a meeting directly into his diary to discuss your learning requirements.

He will also be able to share examples of how we have supported our clients to reach their learning and development goals to help achieve incredible business metrics. Book your 121 meeting below. 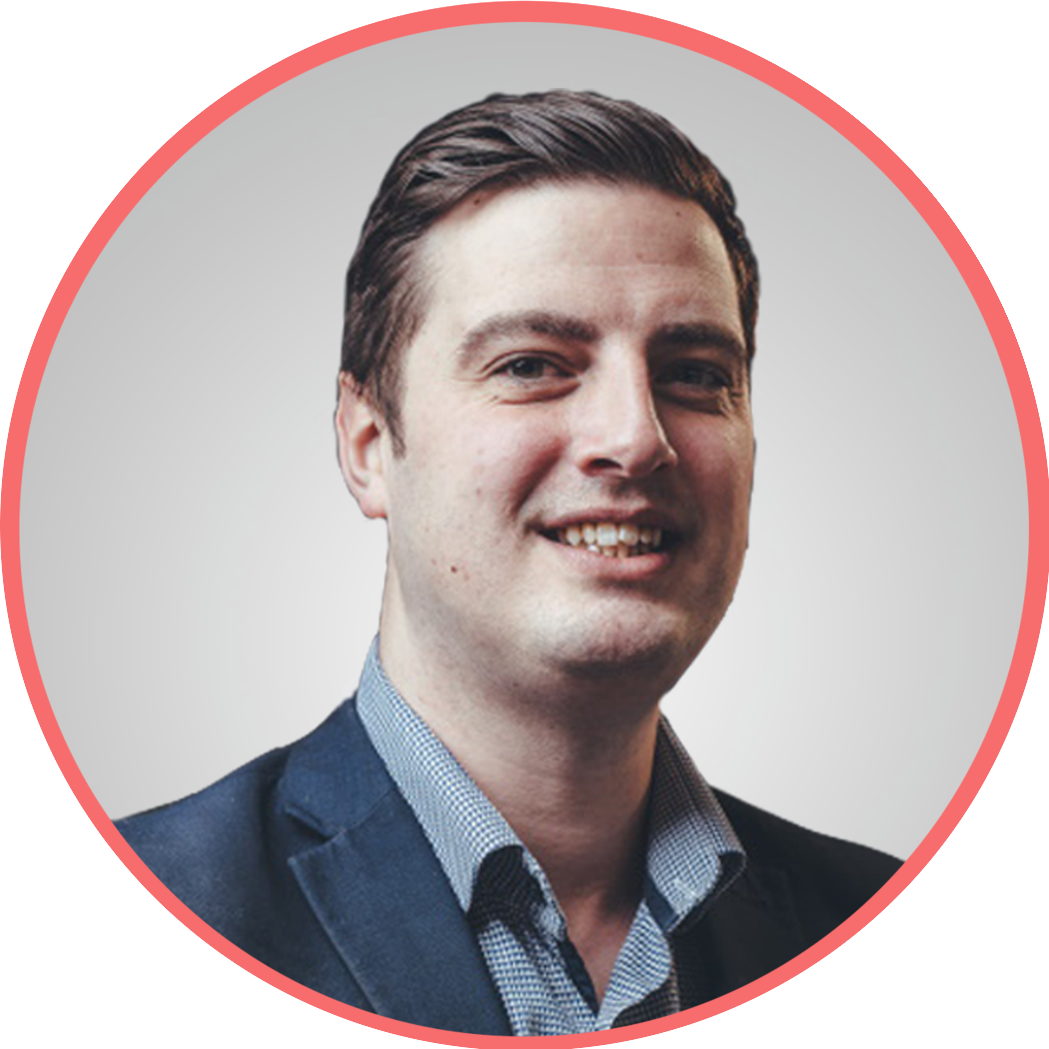 Back to Case Studies

Davies has been working with one of the largest global furniture retail brands to develop stronger sales, service and customer experience (CX) outcomes in both their retail and contact centre teams.

Creation of an induction programme that lead to a 70% increase in learner engagement, achieving improved business metrics

Sourcing a new LMS that could fit the company’s current state, be integrated with other legacy systems, and could modernise the user experience of learning.

Creation of a bespoke quality framework that generated £250,000 ROI after six-months

Our client is one of the most globally recognisable private medical insurance companies.

View More
The importance of alignment and retention when in person.
The importance of bringing people together in person to collaborate, does it bring an energy that was lost during the pandemic? It provides the space
Listen
How has the learning and development world changed throughout and as a result of Covid 19?
In a world where face-to-face training was no longer an option, special guest Simon Newton, Learning & Development Leader at Autoglass and podcast hos
Listen
The impact of L&D on retention rates
With the growing issues around retention rates, special guest Jesse Burcham, Vice President of Training & Operations at PFSbrands and podcast host Ben
Listen
Global challenges and contact centre resilience
Ben Hurrell, Head of Learning Experiences & Leigh Hopwood, CEO of the Call Centre Management Association (CCMA) explore how rising living costs and vu
Listen
The pressure of the decision maker
How do great leaders know how to make the right decisions? Ben Hurrell, Head of Learning Experiences returns with Deborah Challinor, Expert in Lead
Listen
Breaking down obstacles to achieve DEI success
In this episode Senior Learning Experiences Consultant, Tim Gonulalan takes over as host and is joined by Diversity, Equity & Inclusion (DEI) Consulta
Listen
Using learning technology and data to track ROI
Learning technology such as knowledge retention platforms are increasingly being used to track and achieve positive ROI on learning experiences. Pe
Listen
The role of innovation in delivering "profitable relevance"
Innovation is an often talked about is skills and behvaiour... but what sits behind the mystery? Why is it important? Whose responsibility is it...
Listen
" tabindex="0">
Resilience Vs. Perseverance - Developing people to overcome adversity
Is resilience enough, or do we need to focus more on perseverance? We can just take the pain of a problem and work through it, but what can we do to
Listen
Leading a team of individuals – How to get the best out of people from different worlds
The world is increasingly celebrating the individual, whether it is respecting where someone is from, their identity, their preferences or even their
Listen
How does mental wellbeing impact performance?
Keith Gait, Leader at the Customer Experience Foundation brings his wealth of CX, leadership and personal experience to lead a powerful discussion on
Listen
How to boost your CMeX scores and stay on top
Water organisations have been challenged to keep up with changes in customer behaviour and increased expectations. But what are the best ways to manag
Listen
How does the future of learning intersect with CX?
Learning has to adapt to meet the needs of an organisation’s people, but at the same time there is an essential requirement to include the customer
Listen
The hidden leadership pandemic!
What did we forget when we were surviving? Leadership! To transform organisations from a surviving state, into one which is thriving – requires a sh
Listen
The role of learning in the future of work: Why reskilling is such a hot topic
With today's advances in technology, you have to adapt, change and learn new skills. It isn’t uncommon to change role every few years, and people wh
Listen
Is learning & development a cost or an investment?
We need to talk more about how learning can help boost NPS and bottom-line results. Learn how to make your learning & development budget a real in
Listen
What can learning & development professionals learn from the world of customer experience?
The CX world is constantly evolving, and the pace of change quickening. What parallels can we draw to internal customers and the world of learning and
Listen
×
×
×
Don't miss out on future releases, to get the latest learning noodles straight to your inbox.
Link copied to clipboard