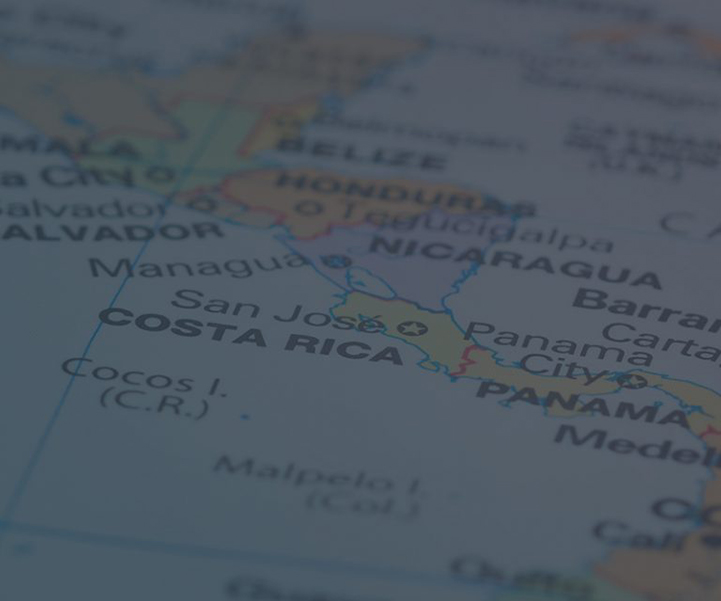 This article was first published in Captive Insurance Times.

Latin America continues to be one of the world’s largest emerging markets, but with GDP growth on the cards, will the region’s captive insurance industry follow suit?

With a unique position in the captive insurance sector, Latin America contains 20 countries with a total population of over half a billion people.

Although Latin America’s GDP growth was only 0.6 percent in 2019, according to BBVA Research, a recovery is expected in 2020 and 2021, with growth expected to reach 1.4 percent and 2.1 percent, respectively.

Even though the market is in a “recovery state” it is still recognised as one of the world’s fastest-growing emerging markets. As the region continues to develop, so does its captive insurance market. The concept of captive insurance is not new to the region but has struggled to match the growth of those around it such as the US.

At this year’s World Captive Forum, a panel highlighted how Latin America’s captive market gaining momentum due to the growing economies in the multi-

Latina countries and the need for insurance products and services. However, unlike Europe and North America, Latin America is still lagging behind due to challenges including education on the captive concept and regulatory struggles.

According to Maxis Global Networks, it has been estimated that there were around $90 billion written in annual premiums through captives in 2017, less than $3 billion of those came from Latin American based companies. At that time there were only approximately 115 captives owned by Latin American companies, despite the region being home to more than 230 companies with revenues over $1.25 billion.

Speaking at World Captive Forum in 2019, Javier Mirabal, enterprise risk management consultant at Javier Mirabal Risk Management, said that the main cause of this gap is company governance issues rather than financial problems.

Mirabal explained: “The main issue is not financial problems, the numbers are there. The main barrier is company governance issues, such as how to connect captives to the domestic legal framework.”

“Or how to explain to the stakeholders that you are including a financial vehicle outside your country, just for optimising your risk financing process.”

“There is a lack of knowledge of how the captive works and how to use it. There may be people with that knowledge but they often don’t have the operational level in the company to enact change.”

Nick Frost, president of Davies Captive Management, suggests education on Latin American is lacking within the region, however, he notes that it depends on who is driving the captive speech as lawyers, brokers and risk managers have a different emphasis.

He explains that a captive should always be an insurance/risk management solution, not a tax-saving vehicle. Some consultants in the region are still selling it as a “pure tax play” which causes perception problems with governments and regulators.

Frost reveals that Davies Captive Management has teamed up with Gabriel Rueda in Colombia to help break the education barrier and deliver a better understanding of the captive insurance market.

Also discussing education, Delfin Viloria, partner, risk and analytics, Latin America at Willis Towers Watson, suggests that corporations need a better understanding of the due diligence required ahead of setting up a captive.

He explains: “In addition to the domicile and legal/tax considerations, corporates often underestimate the complexities of the modelling work which form the basis for determining key aspects of the captive such as transfer premiums, retention at various return periods (for example, in a severe year, in a bad year, in a catastrophic year), risk and solvency capital, among others.”

Alejandro Santos, Latin America leader for analytics and captives Solutions, Marsh, suggests that many multinational companies and multiLatinas have the right profile to form a captive, understand the concepts and are already looking into alternatives.

However, he highlights that the educational process around captives still has a long way to go in Latin America especially among regulators, shareholders and managers.

He comments: “There needs to be a change of mentality, to understand that a captive solution is a long term approach – traditionally, Latin America has a more short term mentality.”

Adriana Scherzinger, head of insurance business, Zurich, says that more and more industry leaders are sharing leadership information and educational content. She states that Zurich has also seen an increase in captive responsible/ specialists being hired.

She notes: “Based on the needs and demands of their customers, insurance and services providers are doing a much better job in raising awareness of the potential benefits of retaining risk through captive (re) insurance programmes.”
“As they facilitate training and education, it is a win-win situation for both providers and their customers,” she adds.

In order for the region to keep on-trend and for it to capitalise on the hardening market, it has to overcome some hurdles facing the region.

Santos states that there are a few challenges, including regulation, which takes us to certain operational hurdles such as the need to have fronting companies both on the local and reinsurance side of the structure.

He suggests that this represents an increase in operational costs and the need to look for these fronting companies that need to be prepared with a capital structure to support these deals.

Santos adds: “This situation is obviously more challenging for local carriers than for international players, who can act as both the carrier and reinsurer and also are used to dealing with captives on a global basis. Other challenges are regulatory tax changes.”

“That is why TIEAs between the domiciles and Latin American countries have become a priority – they are also a way for competing domiciles to gain the confidence of captive owners.”

Frost explains that the local carriers and regulators need to learn more about how the captive world works. He also adds that there need to be more carriers in the region that are willing to front for captives.

He says: “At the moment the number of carriers in Latin America that front is limited even though many are part of a global group that is in the fore-front of fronting in other parts of the world. It is our job to educate them why fronting works and why they should be part of it.”

Regulation is a big factor holding the captive insurance market back in Latin America, reflecting on the issue, Scherzinger notes that considering the size of the region and the different development levels of the countries, there are obviously some countries that are more advanced and open to analysing new options and alternatives to leverage the total cost of risk for their companies.

Frost explains: “There are certain regulations that hinder the captive market such as double fronting as this adds to the cost but is not prohibitive.”

He suggests that the regulators and governments have been sceptical about captives in the past, however, they are becoming more knowledgeable on the benefits and the fact that it is not a tax play but an insurance risk management play.

Santos reveals that the main focus at Marsh is to look into the strategy of a captive from a risk management perspective.

He defines that this involves a risk retention review, so first and foremost the feasibility of a captive is established, making the regulatory issues a secondary matter.

He outlines: “Domiciles are responding to regulations by continuing to encourage Tax Information Exchange Agreements (TIEAs) negotiations with different Latin American countries,” adding that “this is very helpful for the captive industry”.

Looking at the next five years in Latin America and what the future holds for this region regarding captive insurance, Viloria foresees as companies grow larger, cross borders will become more sophisticated in the region, meaning the number of captives formed will increase.

Frost anticipates that the Latin America captive insurance market will develop favourably in the next few years.
He explains: “The region is going through a very interesting political process. No country will escape from the effects of this and their macroeconomics will be affected.”

“Their economies are growing and the insurance industry is becoming more sophisticated with most large companies having an active risk management department with an emphasis on controlling their risk, which all bodes well for captives.”

“On top of that, the insurance and reinsurance market is hardening; on renewal, both large and medium companies will be finding that the cost of traditional insurance will be increasing,” he adds.

He suggests that the best way to combat that is to retain more of their own risk and the best structure to do this in is a captive.

Thinking ahead, Scherzinger expects that there will be an increase of new Latin American captives while existing captives will further expand coverage in the coming years.

Santos explains that Marsh expects to see Latin American clients moving away from a very conservative risk retention perspective, “towards an approach where a captive solution can start playing an important role not only for the large companies but also for mid-size companies across all industries”.

He concludes that this has driven a different dialogue with our clients, helping them to integrate these risk financing alternatives into their risk management strategies.