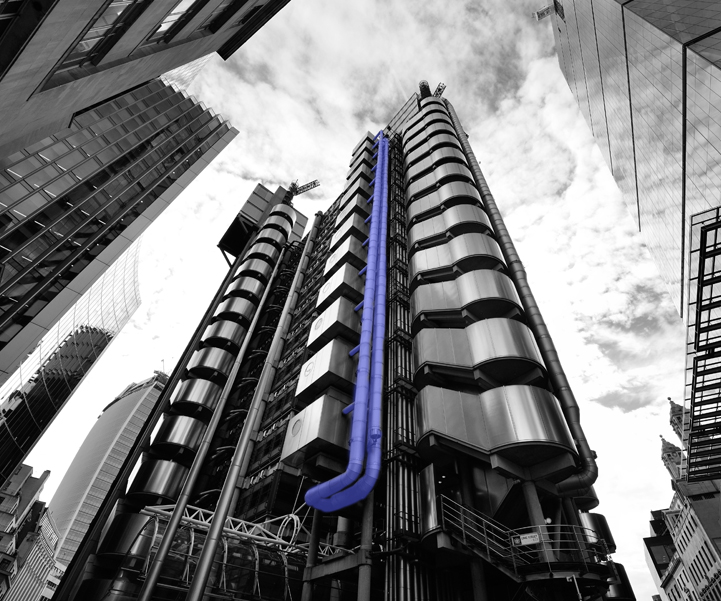 When the plug was pulled on Aspen’s MGA by its new owners, it sent shockwaves through the broking community.

The business was generally well regarded by brokers, but in a period of hardening markets it was an example of the struggles MGAs are having in maintaining capacity.

“I’ve heard anecdotally there are more MGAs changing their capacity now than there have been for many years,” Charles Manchester, chairman of the MGAA and chief executive at Manchester Underwriting Management (MUM), told Insurance Times.

The problems, he said, were started by the Lloyd’s business review last year, which has led to cuts in capacity for underperforming lines.

Gerry Sheehy is chief executive of Fiducia, an MGA that started trading in 2017 which uses predominantly Lloyd’s capacity. He had to replace Hiscox as its lead capacity writer on a cargo and freight facility this year in light of the insurer’s permitted exposure being cut. He said a number of syndicates had withdrawn from cargo and freight, as well as engineering, another line Fiducia writes.

“Clearly the Lloyd’s review has covered both those aspects. They’ve looked at the worst performing areas of insurance, and cargo and freight and engineering seem to be up there, and all of a sudden they have focussed in on that.”

Manchester said the lines Lloyd’s had made it most difficult for syndicates to get involved in are cargo and freight, non-US professional indemnity and marine.

“With the tightening up last year there is within Lloyd’s quite a focus on getting back to overall profitability and that affects just about everybody that’s doing business with Lloyd’s – MGAs are certainly no exception,” Manchester said. “Because underwriting is being delegated to MGAs, they are particularly in focus.”

But the ripples of what started at Lloyd’s have been felt far and wide.

Chris Butcher is chief executive of intermediary services at Davies Insurance Services, a leading MGA incubator that works with around 40 MGAs. He says that financial lines and professional indemnity are the two sectors that have been hardest hit.

“A lot of it is a reaction to not just portfolio deterioration, but particularly in London we are tending to grab hold of what Lloyd’s has done,” Butcher said. “It doesn’t necessarily apply to every insurer that acts in the UK, but Lloyd’s reaction is a good barometer to our underlying problems on pricing.”

Even in other lines where more insurers are maintaining involvement, Butcher says his clients are finding the whole process of securing the capacity is taking longer.

“It’s a general tightening of the market,” he said. “We work with a lot of start-up businesses. What’s happening in that space is things are taking a lot longer to get going.

“A discussion that would have taken two or three months to bed in a new proposition is tending to go out to 12 months or longer of discussion. They’re more strict at every level.”

This, he said, comes down to the line underwriter and portfolio manager being under more pressure than ever to ensure they are backing profitable business.

Ex-Towergate head of pricing Michael Muzio in 2016 turned to Gibraltarian-based unrated insurer LAMP to provide capacity for his start-up MGA Now4cover due to what he described as a conservativeness around UK insurers hesitant to back his offering.

Despite making an underwriting profit for the carrier, LAMP was subsequently declared insolvent leaving 13,500 policyholders without home cover.

Although Manchester said insurers have good reason for becoming more conservative. “After 15 years of falling rates and ever widening terms why wouldn’t they be,” he said.

Motor is a highly competitive field, where capacity has been scarce for a number of years. The current sharp focus on pricing has only intensified the issue.

Brightside-owned motor MGA Kitsune had initially planned to launch in September 2017, but ended up taking its first customer at the start of this year.

It’s managing director Trevor Bowers revealed part of the delay was to do with securing the capacity arrangement with provider Randall & Quilter.

“Capacity is scarce. You have to do a lot of work to convince the people that want to give capacity that you’re a good opportunity for them,” he said. “It wasn’t an easy hurdle, and one of the reasons it took Kitsune a bit longer to get to market than we had originally intended was purely because we had to have that confidence that the capacity was there so we could build the infrastructure, because the investment was quite significant.”

While the ready-made distribution through Brightside made the start-up more appealing, Bowers says the key is delivering a strong result for the carrier.

And large established MGAs like MUM and Pen Underwriting agree that a profitable underwriting performance for the capacity provider has to be a priority, even if it does mean shrinking the book.

Jon Turner, managing director at Pen, said: “We’ve pulled back from some of our commercial sectors where pricing has been challenging, and we’ve had a few sizeable losses that we need to react to and make sure we have the risk selection criteria right.

“Over the last couple of years, we have shut down businesses – we’re not afraid to take tough decisions if the sector is going against us or we don’t think we can make our carriers money.

“It’s frustrating because you build a business and then you have to shrink it, but we also know that it’s the right thing to do and we’re fully behind making the changes and making sure we deliver on what we said we were going to do for our carriers.”

Manchester says MUM has also had to take a hit on book size by not lowering pricing to unsustainable levels, but says the upside is that the firm has never struggled at renewing capacity.

But while firms have had to accept some shrinkage and more stringent requirements to secure capacity, there is at least some optimism that things will get easier.

Fiducia also writes marine business, one of the lines most affected by the Lloyd’s review, and while Sheehy has had to change his lead underwriter, he has kept several of his supporting syndicates.

Compared to its competitors Fiducia has performed well and kept most of its original capacity providers, and he said maintaining a low loss ratio and minimising distribution costs has been important.

Looking forward he said rate rises on the underperforming Lloyd’s lines could also encourage capacity providers back into the market next year.

“I suspect it’s probably a good time to start dipping your toe in the water again,” he said. “It would be very brave for them to come in just now because they’ve only just had their business plans approved.

“But it might be that in 2020 the capacity providers may decide they want to get back into classes of business because some of the premiums being charged will be at more realistic levels.”