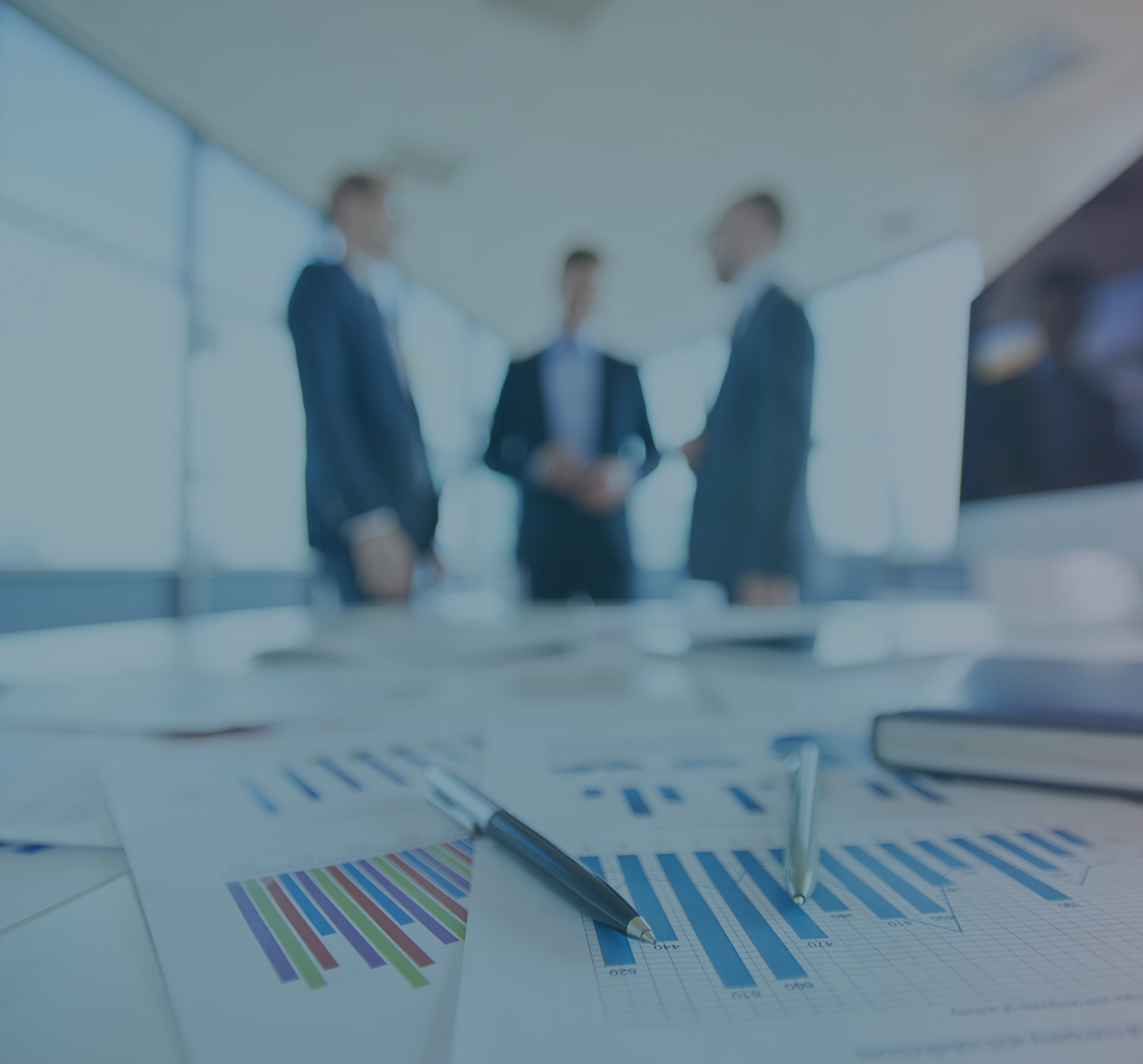 This article was first published by Captive Insurance Times

Described by the Reinsurance Association of America as “insurance for insurance companies”, reinsurance is the process by which several insurance firms share risk by purchasing insurance policies from other insurers.

This is done for four reasons: to limit liability on a specific risk in case of a catastrophic event; to stabilise loss experience; to dually protect themselves and the insured against catastrophes; and to increase capacity. By spreading risk, individual insurance companies are then able to onboard clients whose coverage would be too great a responsibility to handle alone.

Global reinsurer underwriting performance is expected to continue to improve into 2022 as a result of enduring heightened catastrophe losses, low interest rates and increased premium rates, according to Fitch Ratings.

The rating agency’s report, ‘Global reinsurers: mid-year 2021 results’, determines that in the first half of 2021, global reinsurance industry insured natural catastrophe losses reached US$40 billion, compared to $35 billion in H1 2020. In addition, the report identifies that nonlife reinsurance net premiums written grew by 18.5 per cent in the first half of 2021, owing to rising prices and sustained demand.

Fitch has revised its global reinsurance sector outlook from stable to improving, with the expectation that higher prices in the hardening market and lower pandemic-related losses will encourage significant improvement in the financial performance of reinsurers

In a webinar briefing discussing the outlook, Robert Mazzuoli, director of insurance for Europe, the Middle East and Africa at Fitch, explains that outlooks are determined by capital, risk management, business profile, rating actions and the changing competitive landscape.

These unstable conditions were echoed by A.M. Best in its recent market segment report, along with calculations that total global reinsurance market revenue reached $279.1 billion in 2020, compared to the annual average of $245.4 billion since 2015.

In particular, the resilience of the ILS market is attributed to an increase in catastrophe bond issuance and firm pricing discipline in the collateralised reinsurance market. Although the rating agency identifies that, in general, risks have become more difficult to model, price and therefore reinsure, it notes that company-specific risk modelling and data can provide essential insight for an improved understanding of current intangible and technological risks.

In this current market context, the benefits of reinsurance for companies persist. One such benefit is arbitrage, as the company can collect additional profit by purchasing insurance elsewhere for less than the premium collected from its policy holders. Improved solvency margins are another benefit, as surplus relief insurance allows companies to onboard new clients without the need to raise additional capital.

Aaron Hillebrandt, principal and consulting actuary at Pinnacle Actuarial Resources, highlights that captives can use reinsurance strategically to garner the same benefits of traditional insurance companies.

“There is some nuance, given that captive insurers may be more focused in scope of coverage. But, like traditional insurance companies, captives will use reinsurance to limit the impact of large losses, or conversely implications on surplus. There are degrees and subtleties — such as leverage — depending on individual circumstances, but the same is the same: if a company or captive wants to write higher limits and is reluctant to take on the higher limit for strategic reasons, it may cede that risk to a reinsurance company,” Hillebrandt says.

“The benefits for captives are similar for any sort of company, smoothing out financials, transferring risk and taking advantage of economies with regards to writing higher limits. From a strategic perspective, both offer comparable advantages.”

In terms of captives, Jeff Kenneson, president of Davies Captive Management, notes that reinsurance can be particularly beneficial during the start-up phase.  He explains:

“In some instances, captive owners may be somewhat apprehensive about forming a captive or about their ability to control losses. Reinsurance is key to offering these owners some reassurance that there will be a limit to the exposure of the captive. By limiting the exposure, capital requirements can also be reduced, which is another key factor in some start-up captives.”

There are no drastic differences between how a normal captive and a reinsurance captive function. Hillebrandt says this is because “captives often operate as a type of reinsurer — single-parent captives assume the risk of the parent company, while a fronting carrier writes the policies because they are an admitted insurance company”.

However, a reinsurance captive functions slightly differently to its standard counterpart as it does not issue policies directly to insureds. Instead, it reinsures the risks insured by one or more fronting companies. Fronting companies are commercial insurers, licensed in the state where the risk from the captive is located, that issue insurance policies to the captive’s parent company without assuming all of the risk.

“First of all, there is a fronting carrier involved who will be required to securitise the transaction with a trust, letters of credit or on a funds held basis.”

“A reinsurance captive can have limited exposure depending on how much of a retention it takes versus what the fronting carrier might take through a quota share arrangement and what the reinsurer behind the captive will take if there is outward reinsurance from the captive. Regulators tend to be more comfortable with arrangements which include well established fronting carriers,” he adds.

Under a fronting arrangement, the captive will act as a reinsurer rather than a direct insurer. The risk of loss is transferred to the captive through the reinsurance agreement. Therefore, although the insured receives a policy issued on the fronting company’s paper, the risk covered by the programme actually resides with the reinsurance captive.

The primary purpose of fronting is to ensure compliance with insurance regulations, however, there are additional advantages of utilising the licensing of the fronting company. For example, the captive insurer does not have to maintain licenses in each of the different states where it writes business.

Furthermore, fronting strengthens the potential to achieve tax-deductibility of premiums paid and allows the captive insurer to access cost effective services such as claims handling, risk control and excessive risk transfer capacity from the fronting insurer.

Davies’ Kenneson highlights how a reinsurance trust can be beneficial to a captive. He says:

“A reinsurance trust, also known as a regulation 114 trust, has several benefits for a captive. It is a mechanism by which the captive securitises the insurance transaction with the fronting carrier instead of using letters of credit.”

“By using the trust, the insured minimises any doubling up of funds which will be tied up by the captive. The trust is also what we call self-correcting. If a letter of credit is used as collateral, fronting carriers are always hesitant in approving reductions to letter of credit amounts even for paid loss activity, not to mention the internal hassle of reducing the letter of credit amount with the bank,” he affirms.

Therefore, a reinsurance trust acts as a flexible and cost-efficient alternative to a letter of credit. Furthermore, captives are able to establish a reinsurance trust in a relatively short period of time, as the grantor must select experienced legal counsel to assist with the trust agreement and select a bank trustee.

As well as a regulation 114 trust, other innovative uses of reinsurance trusts include securing a deductible buy-down programme or securing the insured’s deferred obligations under a loss-sensitive agreement.

In the US, reinsurers are regulated on a state-by-state basis, with regulations designed to ensure solvency, proper market conduct, and fair contract terms and rates, as well as to provide consumer protection. Importantly, regulations require the reinsurer to be financially solvent so that it can meet its obligations to ceding insurers.

Hillebrandt elaborates: “There are always some interesting dynamics happening with regards to innovation in the captive market, and regulators are constantly needing to adapt to the market’s evolution. Captive regulators are often focused on solvency risk, as no regulator wants to have a company under their scope go insolvent.”

“So, if the market dynamics are forcing more catastrophic risk into captives or larger reinsurance layers, we should expect regulators will pay more attention to those sorts of situations. There are always some interesting dynamics happening with regards to innovation in the captive market”

Such emerging issues in the market include a changing rate environment, losses from catastrophes and the ongoing impact of the COVID-19 pandemic.

“We are seeing a lot of new formation activity right now. As we moved through the pandemic to the point where companies started to realise that the world was not going to end, this pent-up demand for captives with the hardening market unleashed. We are forming every type of captive in every type of industry you can imagine, and we are putting them in all different domiciles.”

Hillebrandt adds that as an actuarial consultant to both captives and companies writing reinsurance, Pinnacle is always looking into the next 12 months and the longer-term.

“The markets are always changing. We work to help clients make the best choice based on those shifting conditions, but our approach is strategic and fairly consistent when it comes to helping clients reinsure or form a captive. We complement their various reinsurance quotes with various captive funding estimates to give a better understanding of their total cost when adding to an existing captive programme, launching a new one, or making optimised reinsurance purchasing decisions,” he concludes.

If you would like more information on anything discussed in the article, contact our Captive Management President, Jeff Kenneson at jeff.kenneson@davies-group.com.