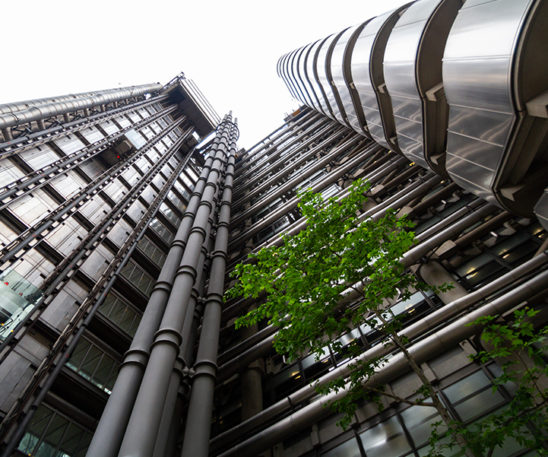 London’s efforts to drive a new modernisation agenda continues and our Managing Director of Insurer & Market Services, Rob Dewen says the key to success is the breadth of market engagement, roll out of standards, Lloyd’s focus on core initiatives from its future blueprint and lessons learned from the lockdown.

The London market has sought to modernise its processes for decades. Those who have been in the market for any length of time will be able to recall the names of the initiatives that have promised to be the catalyst for real change only to wither on the vine due to a range of seemingly insurmountable barriers.

However, modernisation, both inside and outside of Lloyd’s, is gathering the momentum for change. The reasons are both internal and external, but the key is quite simply the level of engagement. While worthy and sincere, the difference between the current move for change and those in the past is that there has been a concerted effort to engage with the wider market rather than a narrow single discipline or segment.

The determination of those driving the initiatives and the sums involved are significant as is the wish for a wholesale and fundamental change in the way the market operates. Those efforts have been aided by the need for social distancing to fight the spread of COVID-19. In a matter of days Lloyd’s very quickly went from closing its underwriting room for the first time in 300 years to undertake a test for potential disruption, to a full closure of the room for what is increasingly looking like an extended period. The requirement for remote working has forcibly ended the physical face to face way of working on which London has built its reputation.

It is positive to see that Lloyd’s has in recent weeks said it is targeting a 5% increase in the level of brokers undertaking e-trading in the second quarter of the year. If delivered it will see 20% of the business undertaken electronically. COVID-19 has also seen Lloyd’s look to focus on core initiatives with its future blueprint rather than seek incremental steps across each of the publicised initiatives.

The wider London Market remains equally determined to change the way in which it operates and the expectation is that the roll out of the standards which will enable the market to build solutions will be forthcoming in the near future. Such standards will be key to allow re/insurers, syndicates, brokers and MGAs to put in place their own systems to operate within the future market.

Technology has provided the tools to enable firms to operate with their employees working remotely. However, it has also opened the market’s eyes to the fact that the long held views of some in the market that London would be unable to operate without the ability to physically communicate face to face were wrong.

Firms have been moving to the use of video conferencing as a substitute for the inability to meet face to face. The longer the social distancing measurers last the more comfortable the use of such systems will become and the more likely the questions will be asked as to the benefit or a return to the old ways once the restrictions are lifted. With the growing pressure on firms to reduce their carbon footprints, will the appetite remain to take long haul flights across the world for meetings that have been conducted quite successfully by video conference for months whilst working remotely.

The views around the benefits of technology to the market have also changed in the new remote working environment. In the past, the use of technology was really viewed as a move towards greater business efficiency. However, the current working environment has seen companies viewing technology as a way in which they are and can reduce their cost base as they keep staff and clients connected wherever they may be.

The use of video for the remote assessment of claims adds to the speed of settlement and the reduction of costs. For those with binding authorities which may have 100,000 policies, the use of technology around claims handling will not only enhance the customer experience but also create a system where claims under a certain limit will be able to be settled immediately given the access to data which has been collected via video, at the point of underwriting, or via the risk exchange.

The barriers which have been in place in the past are being removed as firms look at ways in which they can more efficiently and improve the service to clients. As firms seek to reposition their business technology has been a major part in those efforts. It has brought new insights into where and what the market does can be improved. These include the need for non-complex risks and claims to undergo a different process to the more complex cases, something that at present is not the case.

The recognition that modernisation is key to securing the market’s future is not new. However, focus on modernisation at the highest levels and the forced move to remote working has acted as a catalyst for the wider market to consider what the future market will look like at levels we have not witnessed previously and that momentum is building.