Extreme weather and flooding in 2021: how can we mitigate the risk going forward? 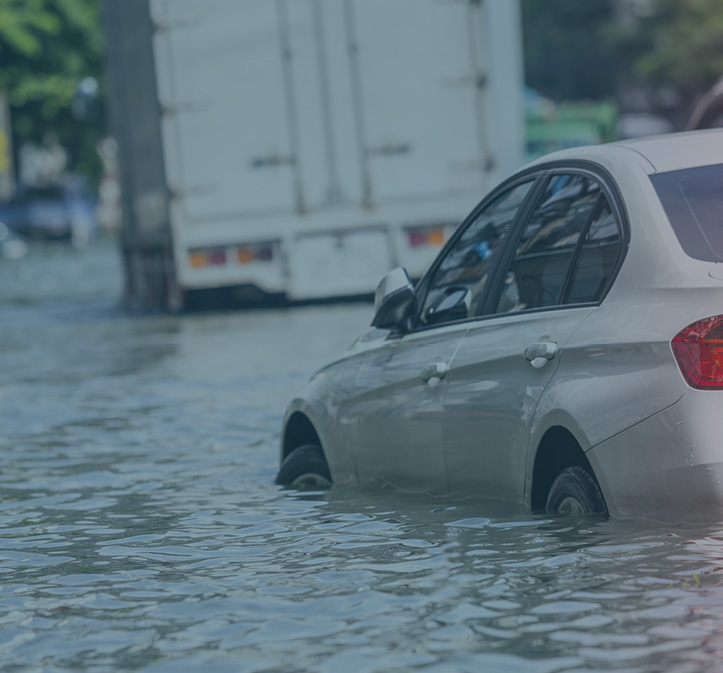 Flooding is a devastating experience for customers – the risk of losing personal possessions and seeing severe damage to their homes brings uncertainty and a range of challenges to customers’ daily lives. It’s an insurers’ priority to respond as quickly as possible and support customers when they need it most. Our Regional Director of Major Complex Loss, James Miller shares his reflections on the major flooding seen in London this Summer and highlights what can be done to mitigate the risk of flooding going forward.

Floods caused by torrential rain and storms in July 2021 were widespread across West and North London. This rainfall impacted buildings across large parts of London, especially centred around affluent areas in West London such as Kensington and Maida Vale. As a month’s worth of rain fell in one 24-hour period, St James’s Park in London was reported as the wettest place in the country on 25 July with 41.6mm of rainfall recorded by the Met Office. The London Fire Brigade attended hundreds of incidents after floodwater entered properties across Kingston, Redbridge, and Leytonstone, they were rescuing people stranded in cars, attending basement flooding and reports of ceilings collapsing.

The flash floods affected many commercial and residential buildings. With limited space in London, it is not unusual to see properties extending downwards, creating basement living spaces, which then become especially vulnerable to flooding and were primarily the subject matter of claims our clients received.

The types of claims we saw following the floods in July

The standard of fixtures, fittings and finishes in affluent areas of London are of a high standard – directly impacting upon claims costs. This coupled with the fact basement living spaces are complex from a construction point of view, often involving tanking systems, which can be compromised by the inundation of flood waters and therefore pose difficulties from a technical point of view and can be very costly.

The cost of alternative accommodation in the capital is also very high and is a major factor in the high claim costs. The costs are driven by normal market factors and the shortage of housing stock in London, which was further exacerbated by the uptick in people requiring rental accommodation because of the floods.

Resilience against flooding is difficult to tackle, for example, all basement accommodation should consider flood mitigation forming part of the building control process. However, even with planning and sump pumps in many basements, the sheer volume of rainwater in a short period of time proved to be too much.

Flooding is now the greatest natural disaster risk in the UK, with an estimated one in six properties in England and Wales at risk. Research from the Met Office shows that by 2050, annual UK flood losses are set to increase by 25% to 80%, depending on whether global temperatures warm by 2°C or 4°C.

With the likelihood for significant rainstorms higher than ever, it is essential that local authorities and the government consider the implications and work with organisations such as Thames Water to improve infrastructure.

The focus on climate change in the recent COP26 conference and from Association of British Insurers (ABI) with the Climate Change Roadmap will continue to push for the government to consider the climate changes’ impact on flooding and the need for better measures to be in place to help prevent this risk.

In 2016, the government and industry jointly set up Flood Re to help those living in homes that had been repeatedly flooded. More recently, it has developed ‘Build Back Better’ (BBB), an extension to the existing scheme where insurers that are offering BBB will assess flooded homes as part of the repair process and fit resilience products to better protect the home against any future flooding.

The government could further help with recovery grants and fixing schemes as some are currently only available after a flood and following extreme regional events, making sure the grants are available before flooding happens will be very beneficial. Some properties are also still being built on flood plains or inappropriate places. Although we know more homes are needed – it’s important that developers also ensure these homes are more resilient.

Flood risk assessments are vital and it’s important that the industry share more positive stories where resilience has worked and all involved are able to learn lessons from every flood event to know what hasn’t worked in the past and what can be prevented in the future.