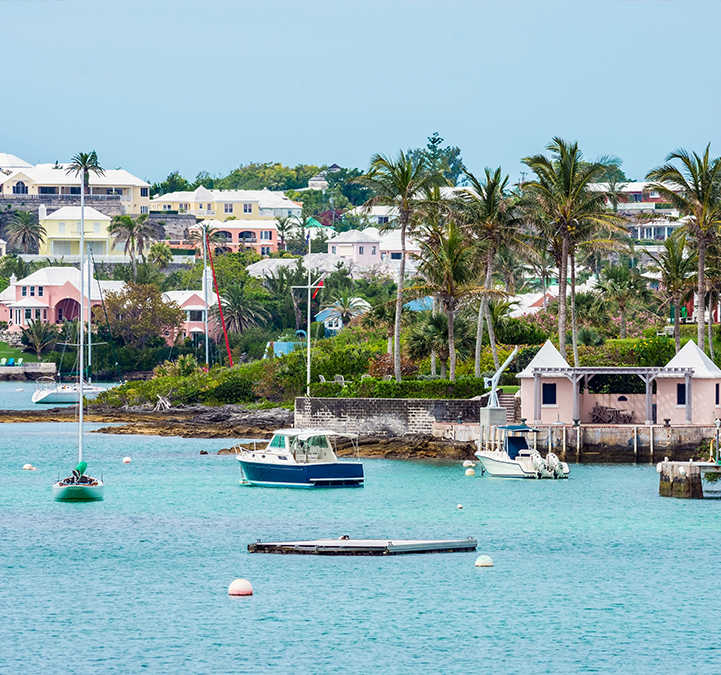 This article was first published by Insurance Day.

With US property/casualty (P&C) insurance and retro rates sky-rocketing and COVID-19 having tuned the world on its head, Bermuda has become the centre of a wave of new company formations and recapitalisations, which some are dubbing the Class of 2020.

Some of this year’s new ventures are up and running, other has lodged licence applications with the Bermuda Monetary Authority (BMA) and others are still little more than promises and rumours, but they all have one thing in common: they are keen to grab a seat at the table as the market turns.

The activity can be broadly grouped into three categories: brand new companies launched with capital from existing carriers or private investors; recapitalisations from either capital market issues or merger and acquisition activity; and carriers deploying capacity to targeted growth segments. This is coinciding with a significant dislocation of talent, with each week heralding news of different high-profile executives branching out into new ventures. “There’s always a steady stream of rumours and activity from teams looking for money to start new enterprises, but it’s only when they’ve been approved by the BMA and are licensed legal entities that we can consider doing tangible business with them, not while they are still in the fundraising stage,” Neville Weston, vice-chairman of Aon’s Reinsurance Solutions unit in Bermuda, says.

The BMA is one of the faster and more efficient regulatory bodies when it comes to establishing new insurance companies; however, the bigger draw is Bermuda’s prime environment for developing US business, which continues to see significant rate hardening across a variety of classes.

As one source puts it: “Right now Bermuda is the best place to look if you want access to significant amounts of renewal business and expected rate increases and many new start-ups are going to be ready by January 1.” Property insurance, treaty, direct and facultative (D&F), excess and surplus (E&S) and retro have been earmarked by both start-ups and existing carriers with capital and deploy, although there is also new capacity flowing to specialty classes including US excess casualty and financial line such as professional liability, employment practices and liability and directors’ and officers’ liability. There is even an uptick in capacity for cyber, according to Weston.

In addition to carriers keen to grow their foothold in attractively priced business, billions in private equity capital has flowed into insurance and reinsurance ventures as rate hardening in traditional line has made the sector attractive once again.

“Private equity money has been more focused on MGAs, brokers and fee-generating businesses in recent years but with rates more favourable, private equity firms are coming back from the side-lines and establishing or acquiring risk-taking vehicles with their own money,” Weston says. “They are being drawn in by the prospect of longer-term returns in sticky insurance classes like E&S in the US and they can access that market in Bermuda.”

A consortium of investment firsm funded a $610m recapitalisation of Enstar Group insurance subsidiary StartStone, growing the firm into an $850m entity, which will reportedly target growth in the speciality E&S space.

Sources say Ariel Re, which was acquired by Argo in 2016, looks likely to spun back out of Argo, also with back from private equity money. Argo, which reportedly put the subsidiary up for sale in the summer, declined to comment.

Other private capital-backed launches include Rosh Re, a new reinsurer with $600m of seed capital from the family office of industrial investor Ajay Kumar; and Alcor Group, a D&F property player launched in London and Bermuda by former Ariel Re and Neon executive Chris Fisher with backing from Beat Capital.

Incumbents on the offensive

The new kids on the block enter the market with benefits of clean balance sheets, brand new technology and the tailwind of rising rates. However, the biggest challenge for any start-up is providing it has the clout to take on the big boys and the class of 2020 will have to compete with a raft of incumbents just as willing to splash their cash in the firming market. Renaissance Re went into offensive mode upon it $900m equity raise, announcing it would spend the money on an array of initiatives including expanding existing classes, entering new business lines, acquisitions and joint ventures. The firm then went on to raise another $250m through joint ventures and third-party capital vehicles, giving it quite the arsenal of capital to deploy.

Arch capital Group and Everest Re both also raised $1bn in senior notes earlier this year; Arch is targeting growth in the P&C segment while Everest, which has suffered heavy losses of late, has been less vocal about its motivations. Meanwhile, Fidelis raised $500mfrom existing investors to take advantage of accelerated market hardening, which was followed by a $300m debt issue.

At the same time, PartnerRe is busy putting a pot of partnership capital worth €750m ($890m) from Covéa to work, having formed a new global cat operation and make a push intro the retrocession market with several senior hires.

Lloyd’s firms are also making plays to bolster their presence in Bermuda. Having raised £287m ($376.1m) earlier this year, Lancashire reportedly plans to being writing casualty business from Bermuda in early 20201 and to build out its product lines on the island.

Chaucer has applied to launch an excess liability and/or property cat reinsurer, which is believed to be principally targeting the US at business, and Ascot is reportedly funding a new sidecar vehicle and plans to expand in reinsurance and retro books in Bermuda.

Meanwhile, White Mountains has taken a majority interest in Lloyd’s player Ark Insurance in a deal that could growing Ark’s capitalisation up to $1bn. Ark plans to build out its Bermuda reinsurance capabilities with new teams reportedly coming on to the island.

“Bermuda I not only benefiting from a large number of inquiries to set up both commercial insurers and captives but the hardening of the insurance market has also led to a number of new MGAs and MGUs looking to start up in Bermuda,” Nick Frost, president of captive management at Davies Group, says. “We are seeing considerable growth as these companies look to leverage our management services.”

This year, Third Point Re has taken a minority stake in a new Bermuda MGA from Arcadian Risk Capital, Which initially writing excess casualty and professional lines insurance, multi-line MGA Helix Underwriting Partners has launched with capacity from QBE, whiles MGA platform Accelerate is also rumoured to be forming a Bermuda insurance company.

Both retro and ILS markets have been subject of plenty of activity, with a capacity crunch and escalating rates making retro a particularly attractive class at those moment in time.

“There is healthy interest from rated carriers wanting to play in the retro space”, Weston says. Reinsurers, he suggests, have drawn something of a short straw, having failed to achieve comparable rate increases as their retro counterparts while at the same time having borne the brunt of an uptick in frequency of smaller cat losses in recent years- cat losses that are unlikely to have triggered recoveries due to lack of genuinely large cat events.

“It all comes down to supply and demand and there is enough capacity out there to get those reinsurance deals done. These are also often placed on a multi-year basis so it’s harder to push rate through on the reinsurance side,” he says.

Little surprises, then, carriers are looking to beef up their presence in the better-priced retro market and expand their ILS capabilities. Bermuda’s Hamilton Insurance Group, for example, is set to launch Ada Capital Management, a retro-focused third-party reinsurance capita; and ILS manager, while wholesale giant AmWins and rans Re have put their money behind Integral ILS, which is reportedly gearing up to start deploying capital in E&S, reinsurance and retro business in January.

In Aril, Peak Re acquired Lutece Holdings to add to its foothold in the alternative capital markets, with co-chief executive Lawrence Cheng saying at the time he wants Peak Re to become an “Asian leader in the global ILS market”.

There is also new capital flowing into legacy business, with specialists Compre, Carrick Specialty Holdings and Darag all registering new small commercial reinsurers (Class 3A) on the island.

However, this wave of new capacity cannot yet be compared to the influxes seen in 2002 following the September 121, 2001 terror attacks or 2006 after Hurricane Katrina the previous year, when industry capital had been massively depleted.

According to AM Best, insurers are likely to see a “significant hit to earning in 2020, rather than a material decline in risk-adjusted capitalisation”, and while the industry has suffered considerable catastrophe losses from wildfires and typhoons, these continue to be manageable.

For now, new capacity is being deployed strategically. “This time, capital has come back in a pretty healthy way and into various segments of the industry including insurance, reinsurance, retro, industry loss warranties and cat bonds,” Weston Says.

“Prospective returns drive how attractive the market is to investors and whether capital flows in. A big loss could result in a fairly major dislocation, which could attract even more private equity capital and new launches if pricing becomes even more attractive.