Ambant will form a new insurance services division in Davies, sitting alongside Davies’ claims solutions, complaints handling, and regulatory services businesses. Ambant will retain its brand, with CEO Steven Crabb leading the new division and reporting to Davies CEO, Dan Saulter. The Ambant executive team will all join Davies and will become shareholders, alongside HGGC and Davies’ management.

This deal marks Davies’ third acquisition since Silicon Valley investor HGGC took a majority stake in the business in January 2017. In March 2017 Davies added specialist regulatory and compliance services business Cynergie to the group. In August 2017 it announced the acquisition of casualty claims business CMSL. Over the course of 2017 Davies has added more than 50 new accounts to its growing operations and digital platform, and now boasts a team of 1,000 insurance, claims and regulatory professionals operating across 25 UK & Ireland locations.

Dan Saulter, CEO of Davies Group said: “Davies and Ambant have worked closely and shared numerous client relationships in recent years. Bringing the businesses together creates a powerful and compelling proposition, enabling us to offer a broader range of insurance and claims solutions to our MGA, broker and insurer clients, including in areas that are subject to Lloyd’s and FCA regulation. Steven Crabb has a top team at Ambant and I am delighted that he and his management team are investing alongside us. Developing our insurance services capability is a central plank of our strategy, and set alongside our continued investment in our people, innovation and disruption, we are excited about taking our message to the market”.

Steven Crabb, CEO of Ambant said: “Joining a business that has shown its ability to think differently, to invest and to grow is a very positive step for Ambant. Davies provides a stronger base for our business, and I look forward to working with Dan and the Davies team to deliver an even more compelling proposition to our clients. Davies’ commitment to investing in its people, training and the future of the market will be a big plus for our ambitious team at Ambant”. 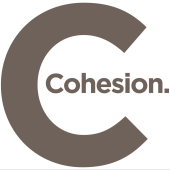 All stories by: Davies
The impact that technological innovation will have
Davies Group reports strong results and continued growth